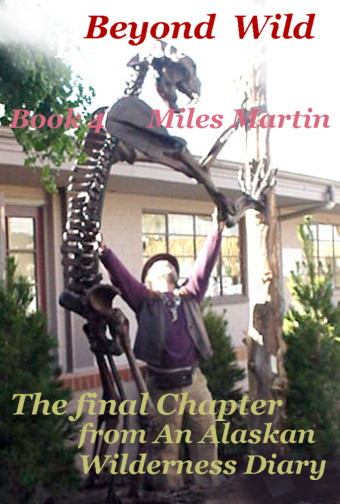 SKU:
$28.00
$25.00
$25.00
Unavailable
per item
I move back to civilization. Survival takes on new meaning as I struggle to be 'one of us' instead of 'one of them'.
Add to Cart
Utube link to Miles lifestyle and books
If you want a dedication write that with the order!

​Here are some excerpts


Ron and I get another interesting job. A power line is going in between Healy and Fairbanks. The intertie, to help bring electric power into Fairbanks from the new power plant by Denali, or just power from the bigger city of Anchorage. As saw man I run point. The very cutting edge of civilization. I’m first on the ground, dropped in by helicopter into an LZ, like Viet Nam, clearing the area, making it hospitable for a takeover. It’s exciting! I get picked up at the end of the day, maybe 5 miles away. Dropped off, often alone with saw, gas, lunch and basic survey gear. I end up deciding where the power line will go. Or at least the small moves right or left of a swamp ahead or stand of trees. The first to see it. The one to cut the first tree down. That’s me.

I am having problems from the start. My back hurts. I’m working in the rain with all my gear strapped to my belt, and those dang saw chaps they make us wear that do not fit, pull on my back. Being a short guy, nothing fits. Tripping on my chaps seems more unsafe running a chain saw then not wearing them. But what do I know? I’m not being paid to think. When not working for big companies I leave all the safety gear behind and feel more safe.

There is a new kid with us who also runs the saw. He can cut trees ahead of us faster than I can walk. I can hardly carry his lunch and gas up to him. I’m barely forty years old, but already I know I am not eighteen anymore. Ron describes our work as “like being in the Olympics” or any top athlete. In your prime at 18. At your peak at 25, and on the way out by thirty. Wore out and a has been by forty.


The smell of the oil filled cliffs is a reminder of trips in the past. The peregrine falcon is at her nest. I am glad to see her again. She lives off the swallows nesting in the cliffs. My eyes are watching for tusks in the cliff. I know the likely places to look. The heat and snow runoff has got the cliff active as I suspected it would. Sections the size of houses have fallen off within the past hour. If such a section falls when I am beneath, I will die. Some smaller pieces fall off and land in the water next to me, but I pay it no mind. Since I am so tired, the plan is to scope it out today, see what I'm up against, where the cliffs are falling fastest, see what the creeks are doing, and see if there are any obvious tusks showing. Maybe there will be time to poke around and give a preliminary inspection to favorite spots. A few logs look like tusks, but I cannot be sure till I circle around and get up close, hit them with a pole and see how they sound. A special probe has a steel point that has a unique sound when it hits ivory compared to wood. The other end of the probe has a small shovel so I can do some quick investigative digging.


Only a foot of it sticks out of the water, but I know right away this is a tusk because the Yukon has washed it clean and it has that distinct ivory look. I am unsure of its length, but the tusk is very large in diameter. If I pull on it, maybe it will slip into the river and be lost to me. It could be too heavy for me to lift. I decide to tie a rope to it before disturbing it. The rope is solidly tied to the boat. I go to pull on the tusk to get a feel for how big and how stuck it is.

“Miles, glad you came in. Fish and Game showed up here and had me pull your bear claws you had here for sale” I’m shocked. He gets the claws out. I see them and know these are not bear claws, but wolf claws, perfectly legal to sell. But here is Phil, all agitated, telling me he does not need any problems in his shop with illegal stuff! Considering not carrying any of my stuff at all. “Who needs the government breathing down your neck!” I explain I am puzzled. These wolf claws should be no problem. I wonder if the agent does not know wolf from bear, or is yanking my chain harassing me or what. Trying to put me out of business? “The agents name is Bob Hunter,” I write it down.

I call and he is not in, but explain what happened, and talk like I assume it is an honest mistake. I’m polite and ask if someone could please straighten it out at the shop so the claws can get put back out and I can continue with good relations at the shop and conduct my legal business.

This famous artist is an environmentalist. A bunny hugging, tree kisser of the first order. Interesting that we are friends at all, and on speaking terms. We get into interesting discussions . For example, on whom Audubon was and what he stood for. There is a preservationist society named after him. Amazing. He is quoted as saying “If I do not kill at least 100 birds a day, it is a bad day”. Here is a guy who killed things, propped them up with sticks, sketched them, then left them, by the hundreds. Being held up as the best example of conservation society has to offer. History is an interesting thing. My friend paints duck stamps. This is a stamp issued to hunters so they can go kill ducks. It’s not a stamp about kissing our feathered friends. She accepted the money to create such a stamp, but detests what it stands for?

I am learning that emotions may not have reason behind them. I assume I too have emotions not founded in logic or reason


How many personal ads have you placed?

And one more thing......I'm not sure why you wanted to live the life you did. It seems you almost abused yourself...why with freezing and being hungry and all......I can understand wanting to get away from the city and people and live in the wild and remote, but to jeopardize your life?....when it was not necessary ...difficult to understand........talk some more to me about the
WHY.


“So Dale, I imagine a kid in the Amazon with a laptop computer in the jungle” I think ‘Amazon’ maybe because of ‘Amazon.com’ .I explain how this kid sees a parrot in the trees. He grabs it. Hunkered down under big leaves in a rain forest, in a loin cloth. He gets on line with his lap top computer, and types in “Have parrot” and locates someone in New York who types in “looking for parrot” He can make a deal. This rich lady in New York pays $300 for a parrot, direct to the kid who found it. Impossible to do a few years ago. This kid would have gotten five cents for the parrot, if lucky. It would have gone to some dealer, then to a distributor,  then to a vet,  then to a store, with everyone along the way doubling  the money, collecting and paying for fees, insurance, inspections, etc., add nausium till the lady would get it in a pet shop for $1,500 or whatever.
What happens with the internet is that the middle guy is cut out. “Now, this kid can run his own business. I think it is cool and a huge change in the world, opening doors between countries for equal commerce around the world.” This sums it up simply. In general, we cut out lots of middle people and deal much more directly with the source. There can be much less slave labor and folks being between a rock and hard place with no choices. Much more direct business between countries and much more communication, a so much better reality about the world at large.

“Yes, in theory.” That term ‘educated idiot’ comes to mind that I was introduced to when I first arrived in Alaska. I understand what Dale was getting at. He’s a lawyer, almost a judge. Will laws keep up with the changes? Will big business allow this Amazon kid to get paid for the parrot he caught? Will countries allow their people to meet, trade, mingle, get to know others around the world, and view us all as equals with equal buying power? Is ‘equal’ to any government’s advantage? Will there be restrictions due to the possibility of importing disease? Will that be an excuse for denial, control? Will the internet end up with rules interfering with free trade, for no other reason then so organized crime gets its cut? In the name of looking out for our best interest? How will advantages and disadvantages get balanced!? 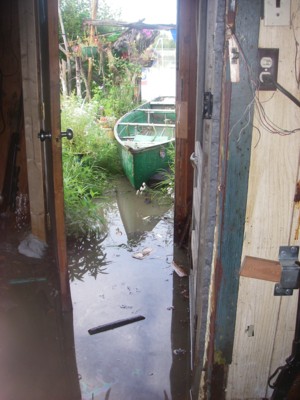 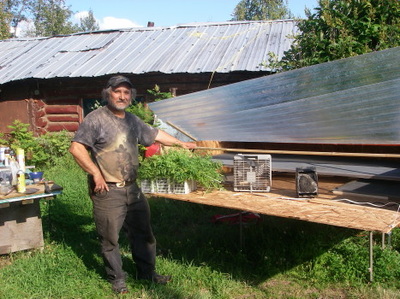 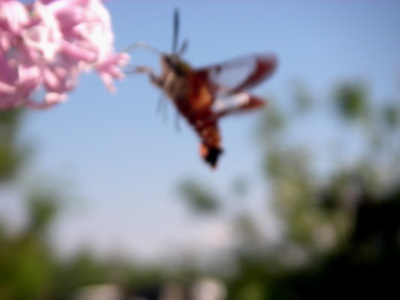 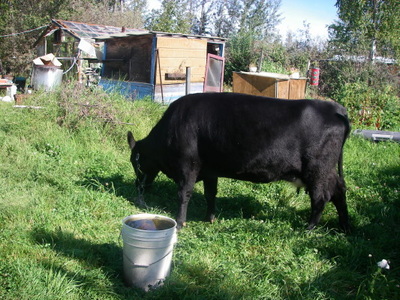 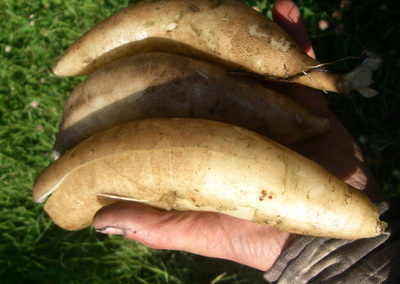 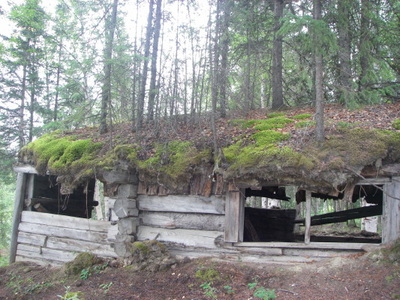 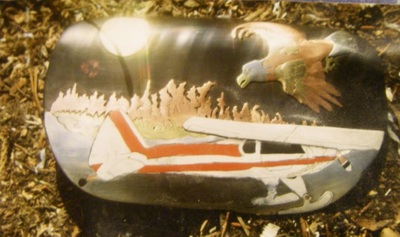 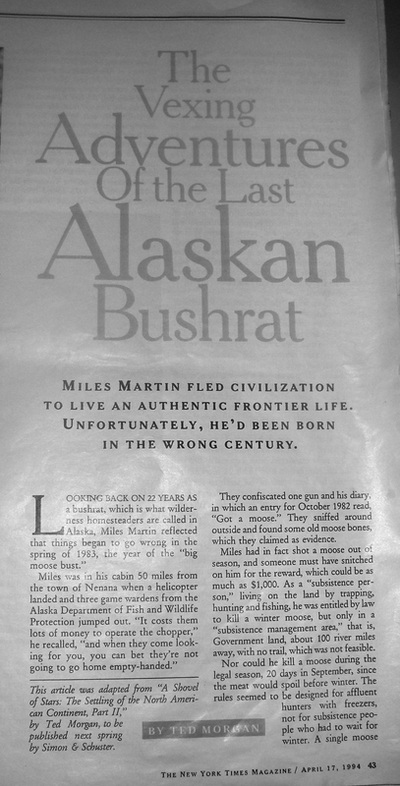